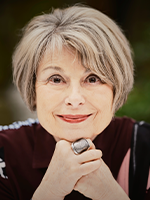 Karen founded Culinary Options consultancy in 1997 after departing Starbucks where she had been Food, Beverage and Menu Development Director. Prior to that time, she had been vice-president of Food, Beverage and Product Development for Larry’s Markets, an upscale multi-unit supermarket in Seattle, WA. For six years prior to that Karen was Senior Director of concept and menu development for Satisfaction Guaranteed Eateries, a multiunit restaurant group in Seattle, WA. Her efforts led to the development of concepts and menus for four new locations as well as the reengineering of three legacy operations.

Karen’s earliest foray into the foodservice world, after shifting her career from psychiatric social work to food, was establishing one of the first cooking schools in Seattle, which later also provided highly reputed catering services. During that time, she wrote a weekly food column for the Seattle Times and co-founded of the Northwest Culinary Alliance.

Karen’s consulting approach is based on this pyramid of fundamental principles:

All her development work begins with the initial Visioning. In these sessions client goal clarity is illuminated. Synergy of purpose amongst all project stakeholders is attained. From that clarity and goal definition a fully articulated concept is created. The menu follows, as it is through the menu composition that a concept is given life. Karen’s passion for global flavors and intrinsically healthful cultural cuisines drives her product development. Food done right is her mantra.

Karen has received the Excellence in Management Advisory Services from the Foodservice Consultants Society International, Top Achiever Consultant of the year from Foodservice Equipment & Supplies and the Industry Service Award from Restaurant Equipment Reports. She has been a featured speaker at multiple foodservice industry conferences, chaired FCSI’s Council for Professional Standards for six years and contributes articles frequently to various foodservice publications.