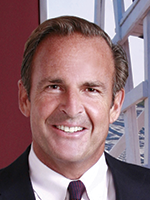 Peter Cancro began working at Jersey Mike’s at 14 years old when he took a job in the original sub shop opened by a guy named Mike. Three years later Cancro, with the financial assistance of his high school football coach, bought the company. At that time, Cancro had no idea his first job would be his last. In 1987, Jersey Mike’s began franchising, and today the company has 1,700 locations open systemwide. Key ingredients in the company’s foundation for growth include promoting from within and community involvement.